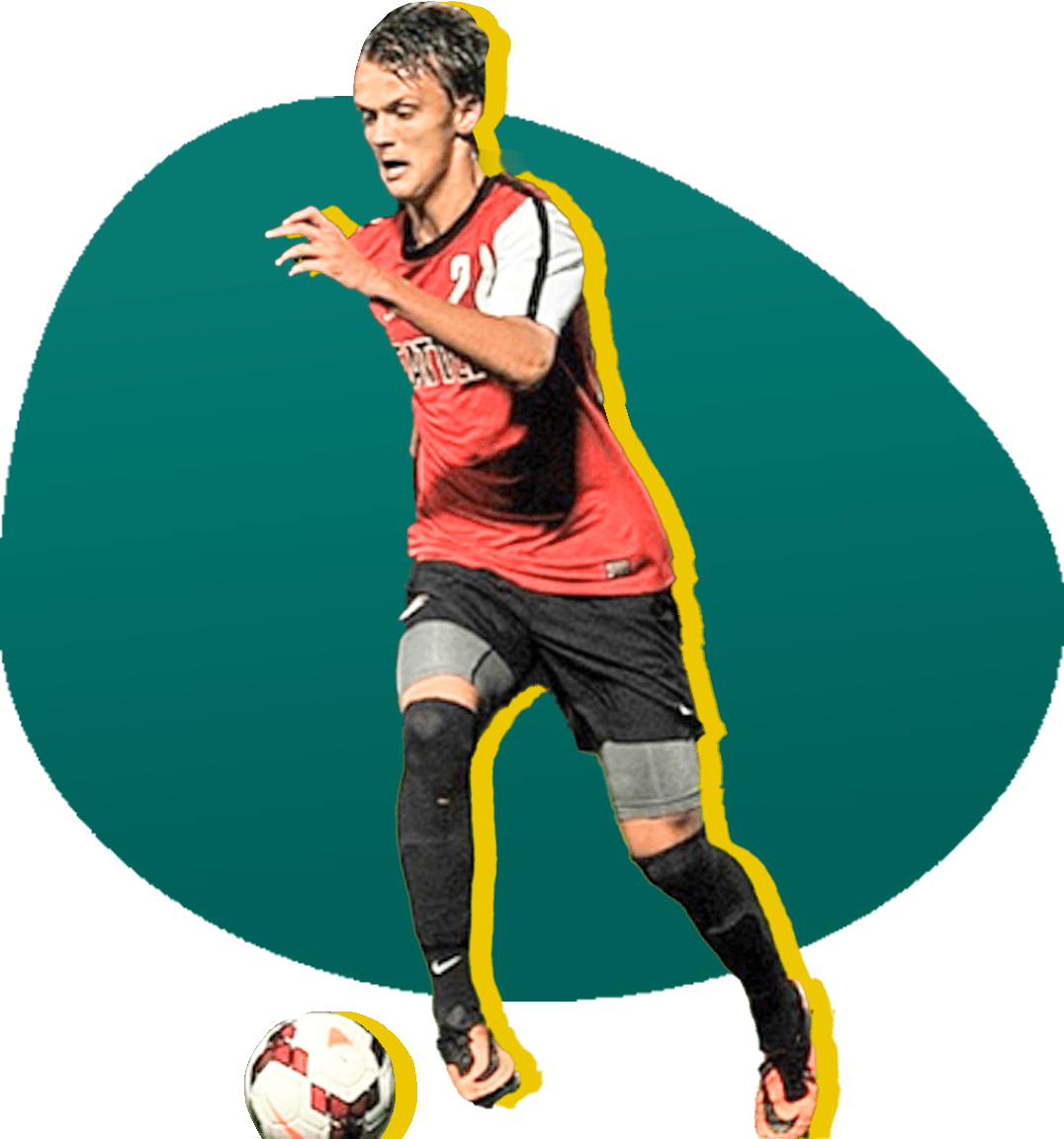 We started our soccer ministry in church parking lots in Southern California with the singular purpose of creating a community of healthy, happy, and high-level soccer players.

Our mission is captured in Psalm 33:3

“Sing to him a new song; play skillfully and shout for joy.”

Over the years, Play Higher FC has held thousands of training sessions and ministered many young players in all levels of soccer from youth, university, and professional leagues. 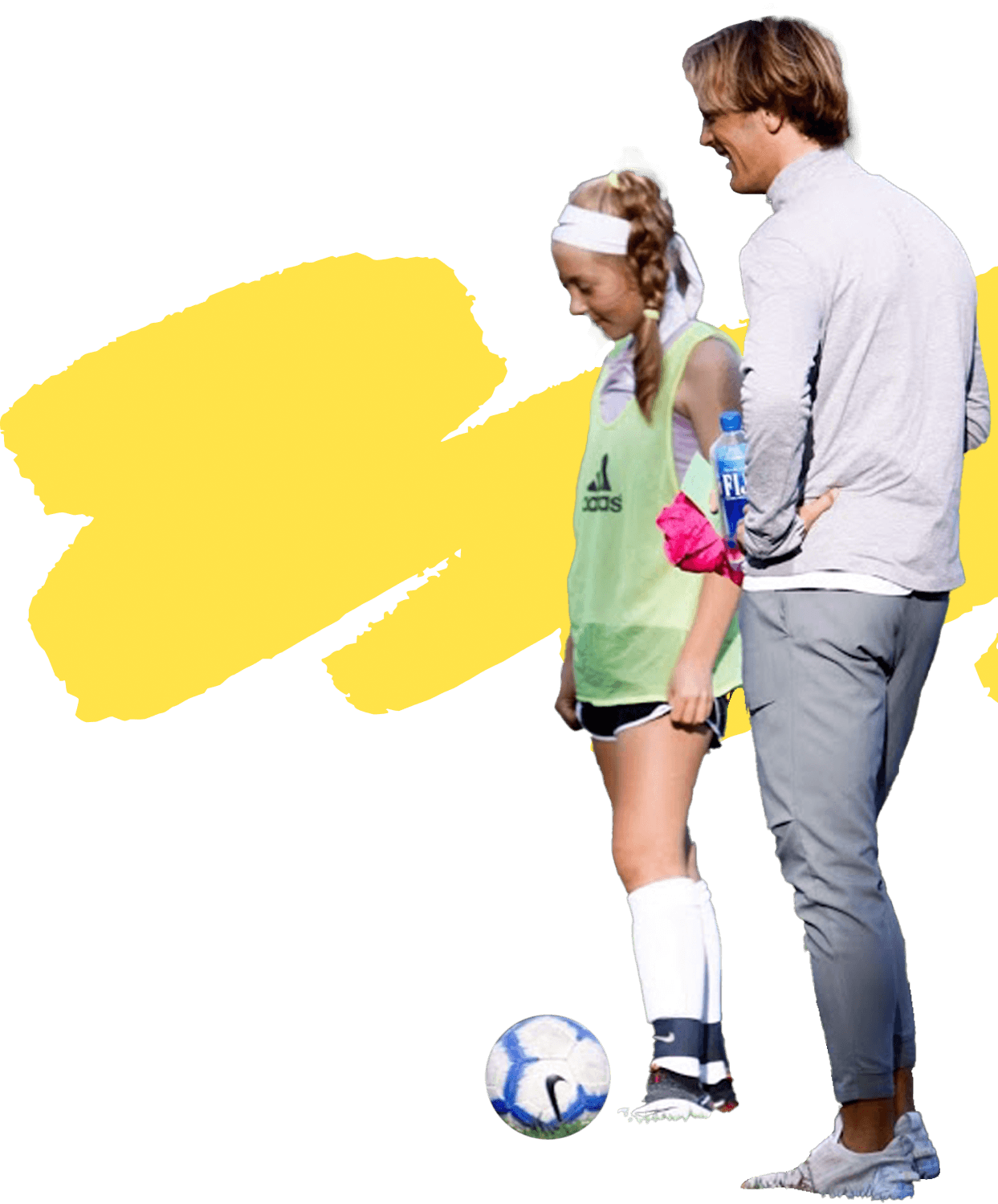 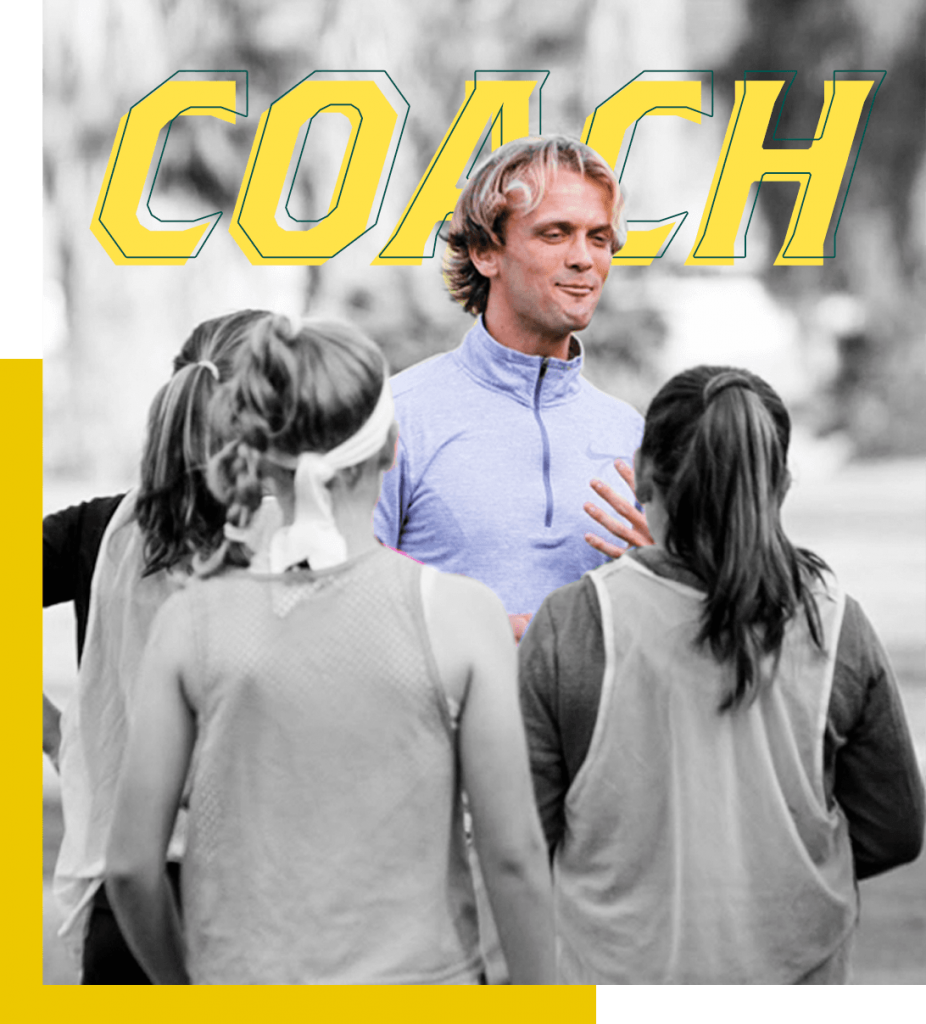 After playing professional soccer in Germany for SV Merseberg 99 and SV Dessau 05, Justice moved back to Southern California to start Play Higher and begin his dream of providing high-level soccer and life training to area athletes regardless of their economic situation.

Justice played collegiate soccer at Seattle University where he started as a freshman and helped lead the Red Hawks to a WAC title and NCAA Tournament second round appearance. He transferred to UC San Diego helping the Tritons to a Conference title and a NCAA D2 Final Four result before graduating with a Bachelor of Science in International Business.

In 2014, Justice began attending Saddleback Church and made the decision to be baptized and rededicate his life to Christ.

Justice is fluent in English, Spanish, and German languages. His vision for Play Higher FC focuses on expanding its programs through church and corporate partnerships globally to increase the lives touched through “The Beautiful Game.” 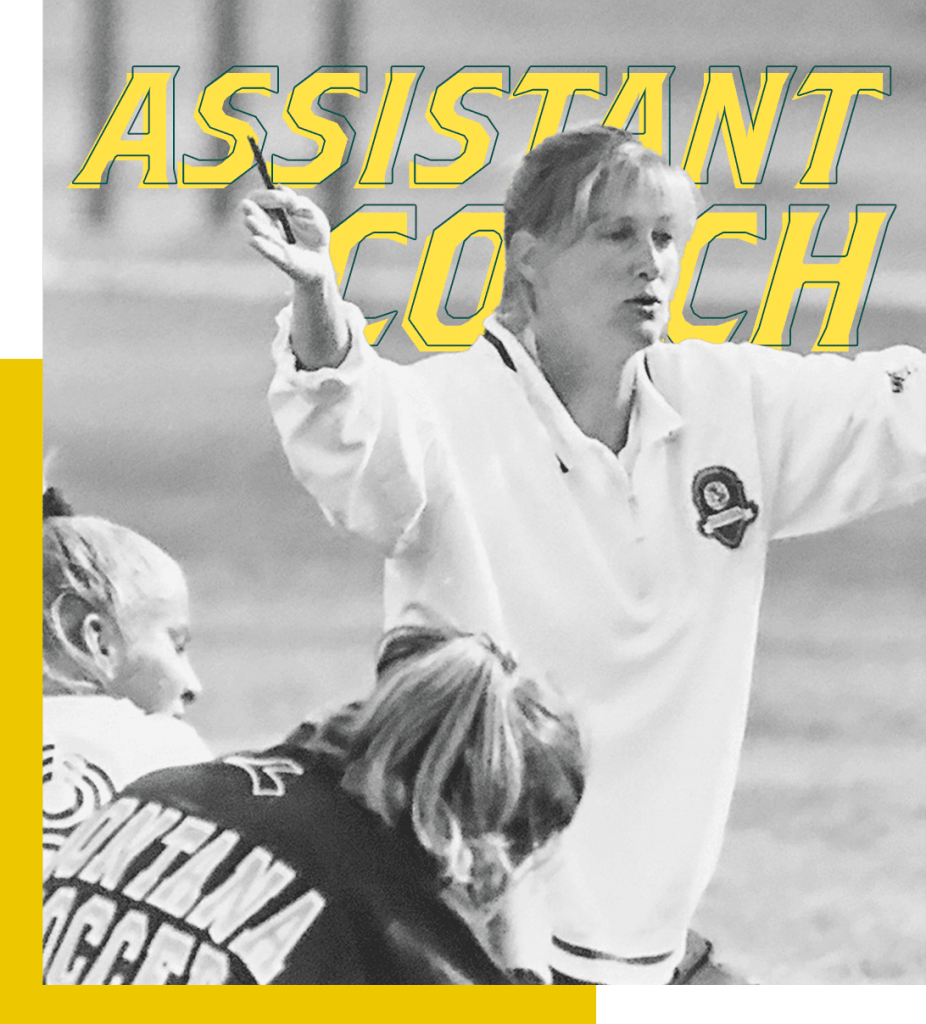 Betsy comes to Play Higher with more than 45 years of soccer experience as a player, coach, and parent.

Betsy was the Head Women’s Soccer Coach at both Seattle University and the University of Montana where she guided her teams to multiple conference titles and National Tournament appearances. Additionally, Betsy coached alongside future U.S. National Team coach Gregg Berhalter in Cal South leagues where she learned German Youth Federation training methods.

As a player, Betsy attended Boston College on a soccer scholarship where she was a four-year All American and awarded the Female Athlete of the Decade for the 1980s. She graduated with degrees in Human Development and a Masters in Social Work.

As a mother of three children who won a youth national title, played in college, and professionally, Betsy has a unique perspective on parenting kids involved in competitive sports. She is excited to join Play Higher FC and is passionate about the game of soccer and mentoring young athletes in a fun, faithful environment. 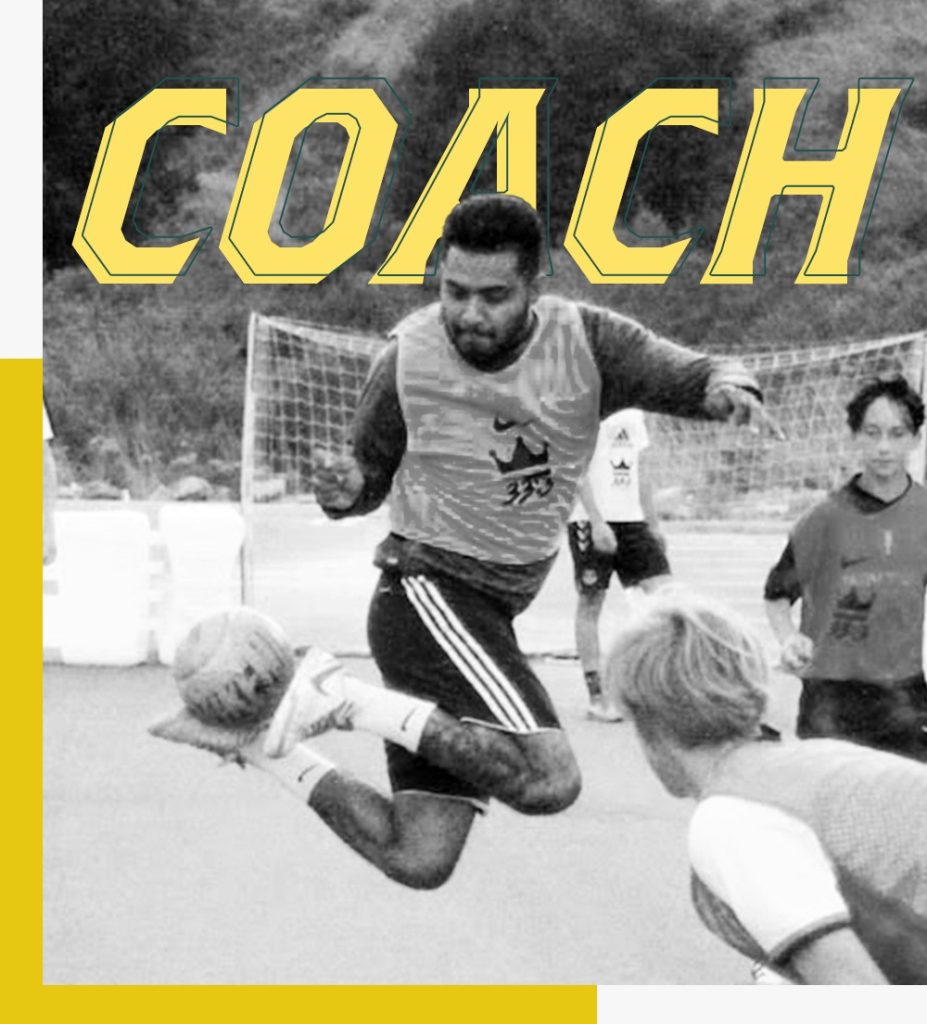 Eder comes to Play Higher with loads of experience. He began playing in a street soccer court in front of the Mission Church. Eder was constantly playing in the Sunday Leagues and local youth clubs 2 years above his age group. He moved to play DA soccer at Pateadores Academy under Coach Teddy Chronopoulos. Eder was the leading goal scorer and assist provider in his years with Pateadores and he helped lead his team to success state and nationwide. His final season ended with 19 goals and 10 assists, ranking him as a top 10 scorer in the country.

Eder went on to play at IVC, where he led the team as top scorer and earned a full ride scholarship to UC Irvine to play Division 1 soccer. Some of his fondest memories at UCI are contributing to big wins wins against UCLA and UCSB with his assists.

Eder felt the Lord calling him, and decided to publicly profess his faith in Jesus. In summer 2021, Eder was baptized at Saddleback Church.

After his college career, Eder now plays semi-professionally in his hometown with Capo FC and is a top player and coach at Play Higher, where he loves the Lord, loves the young athletes and keeps the level of sessions high with his incredible skill and technique.

“WITH GOD ALL THINGS ARE POSSIBLE” MATHEW 19:26 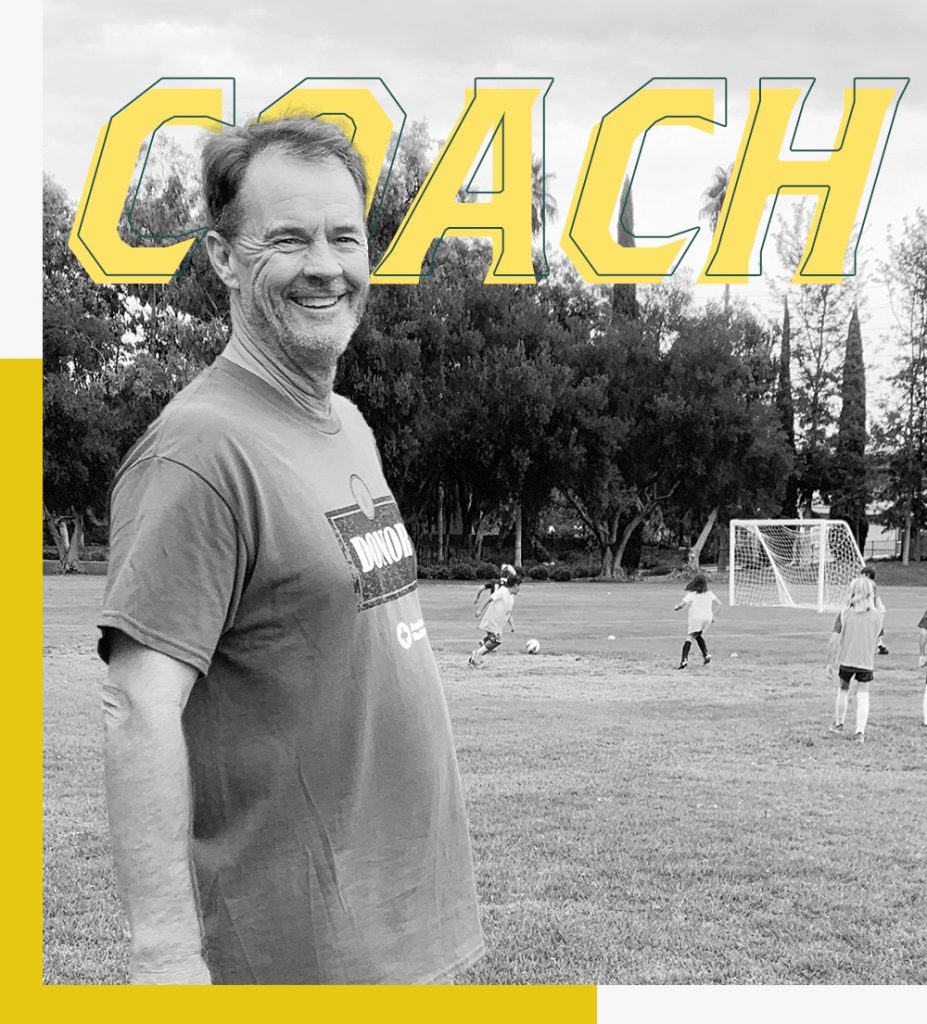 “In 2017, Jesus opened my eyes.  Showed me that I was living for myself and the things of this world.  Things of this world that we feel, and are told, are so important were shown for what they are, vanity(emptiness).  Money, likes, wins, reputation, family, possessions, etc.  are not bad things in themselves, unless we make them everything as the world tells us we should.  The things of this world are nothing compared to knowing Jesus.” Doug Swanson.

“Indeed, I count everything as loss because of the surpassing worth of knowing Christ Jesus my Lord…” – Philippians 3:8 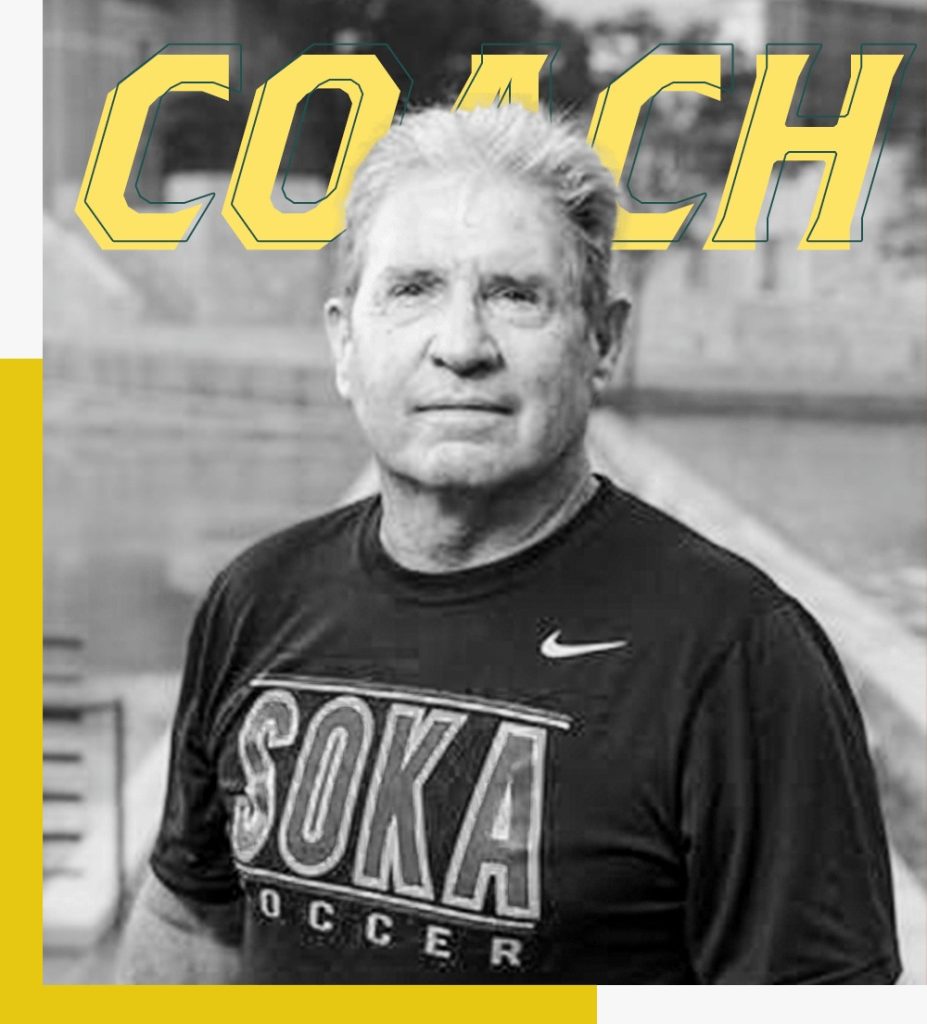 Dave McLeish, one of the most experienced and successful soccer coaches in Southern California, comes to Play Higher after finishing as Soka women’s soccer head coach, leading the Soka Lady Lions to their winningest season in the history of the program in 2014 and their first Cal Pac Playoffs in 2015. With a couple granddaughters playing at Play Higher, Dave wants to help the next generation of players both athletically and spiritually. He enjoys facilitating the free play environment and opening our sessions with prayer and scripture.

Prior to this, McLeish served as the head coach of the Premier Development League team, the Southern California Seahorses, a member of the of the professional United Soccer Leagues. There he guided the Seahorses to 44 wins, 27 losses, 6 ties, a Western Conference Championship and a National Semi-Final in their first four seasons.

McLeish has also served as the head coach for Cerritos College, Biola University, Vanguard University and Santiago Canyon College, winning over 200 games. Through these years he was able accomplish many highlights and firsts. He led Cerritos College to their first Conference Championship in their ten-year history. He led Biola to their first trip to the NAIA National Championships in their twenty-year history and to a tenth place National finish in 1981. He was also able to guide Vanguard University to twelve NAIA district play-off berths and a National Ranking of 16th in 2000. In 1990 he was named the Far West Region NAIA Coach of the Year. He also has been inducted into The Biola Athletic Hall of Fame and The Vanguard Athletic Hall of Fame.

McLeish has coached Edison, Dana Hills and Marina high schools, where his teams won ten league championships and over 300 games in 23 seasons.

Dave has served as a coach in the CYSA-S and the Region IV ODP programs. His ODP teams won National Championships in 2013 and 2014. He also served as the Region IV Boy’s ODP head coach for the Western United States.

From 1994-98, he licensed more than 1,300 youth coaches for CYSA-S through their coaching education program.

He is a graduate of Cal State University, Long Beach with a Bachelor’s Degree in Physical Education, a Minor in Spanish and a California Secondary Teaching Credential. He holds a USSF “A” License. 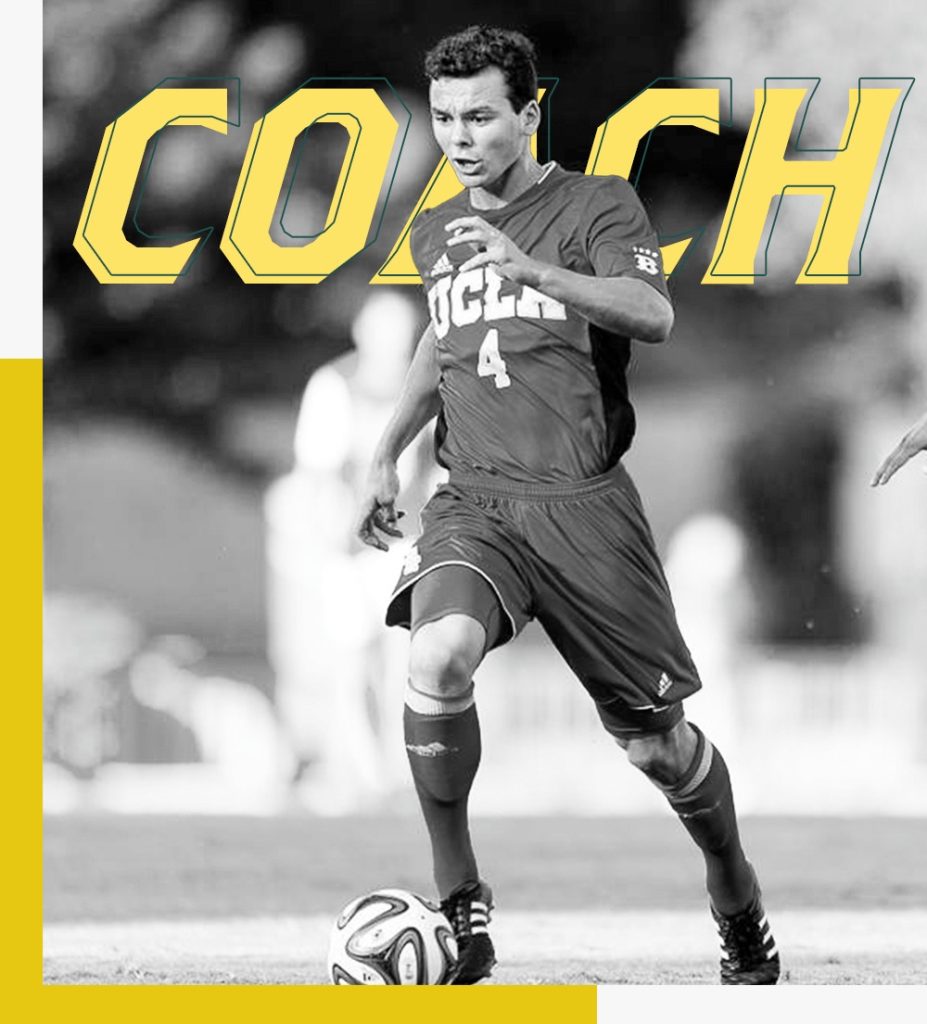 Grady began his career in Orange County, playing for local club teams such as West Coast, Slammers, and Irvine Strikers before signing with the Los Angeles Galaxy Youth Academy in 2009.  Howe spent three years at the Galaxy Academy, winning the 2011 Development Academy National Championship, the 2011 and 2012 Southwest Conference Championship, and the 2011 Generation Adidas Championship.  Howe was the captain of his U-18 Development Academy team in 2012.

While at Galaxy, Howe was recruited to UCLA, where he started as a freshman and every year thereafter.  UCLA named Grady the team captain in his senior season.  While at UCLA, Grady led UCLA to the 2012 PAC-12 championship and a Final Four Appearance in the NCAA tournament where the Bruins lost to University of Virginia in the final on pks.  Howe graduated from UCLA with a B.A. in Business Economics.

After UCLA, Grady signed in the USL for what is now known as Orange County F.C.  After one year in the USL, Grady retired from professional soccer and enrolled in law school at the UCLA School of Law, where he graduated in 2021 with a specialization in Business Law.  Grady is now a full-time attorney at the Orange County office of Troutman Pepper Hamilton Sanders LLP.

While at UCLA, Grady became heavily involved in Athletes in Action, a sports ministry with the goal of bringing the glorious gospel of Jesus Christ to athletes in the college and professional context.  Grady is now involved in Play Higher FC for the effective avenue it creates to invest into other players’ lives and bring the hope, joy, and peace that no career in football can never satisfy.